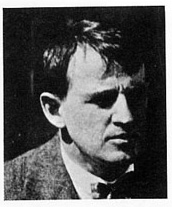 That fall Ashley moved to Wilmington to study with Howard Pyle and occupied a studio at 1305 Franklin Street. He was present at Pyle’s fiftieth birthday party in 1903, and spent that summer at Chadds Ford. After 1904 Ashley usually spent winters in Wilmington and summers in New Bedford, when he was not travelling elsewhere. In 1906 he and Peck began to share a studio at 1616 Rodney Street.

During much of 1908-09 Ashley was occupied with a business venture, buying mahogany furniture in Jamaica and selling it in Rhode Island. In 1913 he left Wilmington to settle in New Bedford, but he returned in the summer of 1915, staying at Stanley Arthurs’s  studio. The two artists travelled to California and then came back to Wilmington, where Ashley remained through the spring of 1916. At that time he moved his permanent Massachusetts resident to Fairhaven, near New Bedford. He often returned to Wilmington during the winter and may have rented his Franklin Street studio from Arthurs until as late as 1938. When Ashley married Sarah Rodman Scudder Clark in 1932, he began to renovate a farmhouse he had long owned in Westport, Massachusetts, and the couple moved there. They had two daughters, Phoebe and Jane.

The whaling trade was in its dying days in New Bedford as Ashley grew up, and his spirit seemed tied to those faded days and to the great sea that haad sustained them. His work  manifests an enormous and abiding love for the marine subjects which appeared over and over again in his illustrations and paintings. Ashley was also a writer and produced important contributions to the literature on whaling, including the visual feast Whaleships of New Bedford, 1929, and a most remarkable tome, The Ashley Book of Knots, 1944. This is replete with drawings of whaling scenes and knot-making and contains approximately 3900 different kinds of knots, many invented by Ashley. He had gotten his first lessons in knot-making as a small child from two uncles who were whaling captains, and this hobby became a passion for him.

By 1904 Ashley’s illustrations were appearing in important magazines such as Delineator, Leslie’s Monthly, Success, and Collier’s, and many more commissions were to follow. He also spent a good deal of time on his marine paintings and had several exhibitions, including one with Arthurs at the Wilmington Society of the Fine Arts in 1934. He also exhibited at the Pennsylvania Academy  between 1911 and 1922. More recently, in 1973, the Whaling Museum of New Bedford, in conjunction with the Brandywine River Museum, mounted a major show of his works.