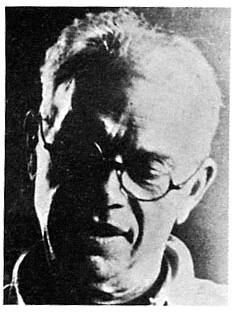 Walter Everett was born in Haddonfield, New Jersey, on August 20, 1880. According to Henry Pitz, Everett studied with Howard Pyle at Drexel Institute and in Wilmington, but there is no record of the dates of his study. His work was not included in the exhibits of Pyle’s classes at Drexel from 1895 to 1899.

Everett established an illustration department at the Pennsylvania Museum School of Industrial Art (now the Philadelphia College of Art), where he was a popular teacher until his resignation in 1914. Among his pupils were: Frederick Anderson, Maurice Bower, Ralph B. Coleman, and Robert McCaig. During the First World War he taught at the Spring Garden Institute in Philadelphia, replacing his former student Maurice Bower, who was on war duty. Pitz describes Everett as a teacher who was “temperamental, whimsical, and enormously vain, but able to impart purpose, ambition, and drive.” He was a dreamer who did not like deadlines and often put off completing his work until he had to finish it at a feverish pitch. His illustrations appeared in the Saturday Evening Post as early as 1904, He was a regular contributor to the Ladies’ Home Journal and illustrated a series of biblical stories by George Hodges for it. According to the city directories, Everett maintained a  studio in Wilmington from 1923 to 1927.